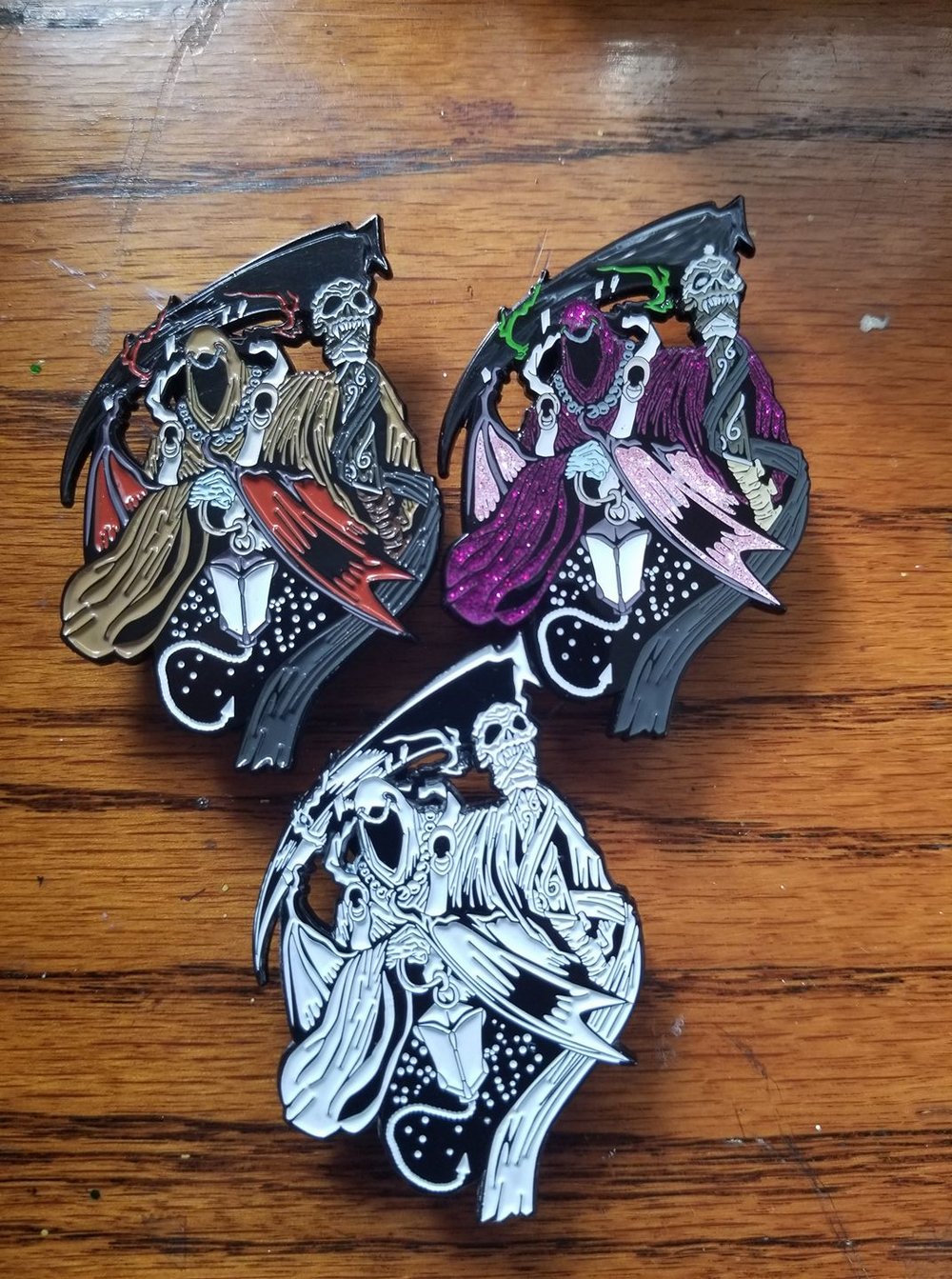 He isn't good or bad, he is the embodiment of Deah, not in the traditional meaning but in the fact that he is the end of what exists. He doesn't show up when things need to live. He is a Balance, an entity similar to a god, who decides when somehting lives and when it ceases to.

He has bat-like wings below his arms, that allow him fo fly. He is not a creature with psychic powers, he is an entity with mystical powers.

The scythe isn't his tool, the lantern in his second hand is. The scythe is just the object that takes the soul from the body, but the lantern decides if the soul is destroyed or if it is allowed to live forever.